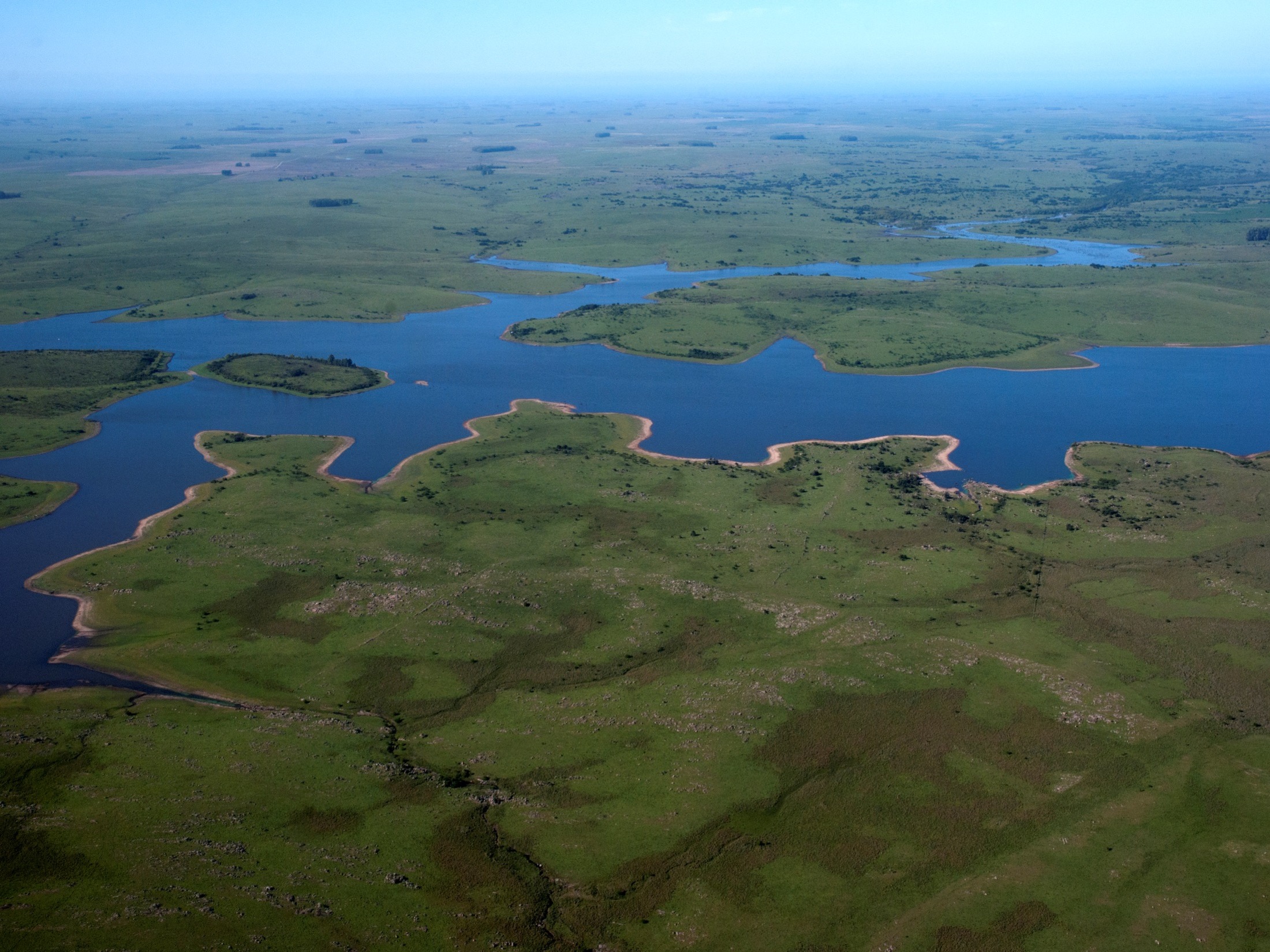 The Geopark is located in the “Departamento de Flores”in Uruguay. It is the first UNESCO Global Geopark of the Country.

It has an extension of 3600 km square: the agriculture is the first economic sector producing mostly meat, soya and grains.

The Geopark is characterised by more than 10 geosites of scientific and international relevance, and a dozen sites of interest: the soil fertility has been crucial for the development of prosperous agriculture along the history.

Now the Geopark could benefit of an already established brand , criteria and MANIFESTO for stronger promotion of sustainable development practices,valorising local producers for a more equal agriculture!

The geology substratum and morphogenesis processes during the last thousands of years under different climate conditions determined the underlying landscape of Grutas del Palacio UNESCO Global Geopark. A succession of more or less arid to humid periods remodeled the area. The relief is characterized by extent plains between small hills with low slopes. Some flat terrain produced more infiltration where chemical weathering and physical processes produce inselberg areas in granite lithologies and thick soils that support fertile prairies. Uruguay is a water-rich land and the UNESCO Global Geopark has important bodies of water that mark its limits.

In Grutas del Palacio UNESCO Global Geopark every eon is represented by different kinds of rocks and sediments. Proterozoic, Palaeozoic, Mesozoic and Cenozoic ages can be observed. The geology is characterized in two distinct sectors: central and southern proterozoic crystalline embasement composed by granites, gneisses and metamorphic belts with magmatic intrusions. It is mainly constituted of granites, granodiorites, quartzites, hornblendites and several gabbro dykes. In the northern portion a small and isolated area of Permian conglomerates and sandstones that belong to Parana Basin represent old alluvial fans environments. Mesozoic sedimentation of conglomerates and wackes deposited by Cretaceous fluvial environments and Cenozoic conglomerate and sandstone interbedding with non-depositional sediments like palaeosoils are exposed. Some Holocene terrace deposits and fluvial erosion processes generated during last four decades are exposed in a coastline lake. This geodiversity in a small territory allows visitors to experience a wide vision of the evolution of the history of Earth.

Where to find us
See all Geoparks

Producers and restaurants in this geopark